monografie – Shirley Temple - When I Grow Up 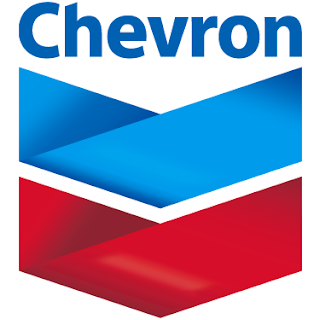 “Chevron is one of the world's leading integrated energy companies, with subsidiaries that conduct business worldwide. Our success is driven by our people and their unrelenting focus on delivering results the right way—by operating responsibly, executing with excellence, applying innovative technologies and capturing new opportunities for profitable growth. We are involved in virtually every facet of the energy industry. We explore for, produce and transport crude oil and natural gas; refine, market and distribute transportation fuels and lubricants; manufacture and sell petrochemical products; generate power and produce geothermal energy; provide energy efficiency solutions; and develop the energy resources of the future, including biofuels.
Company Roots - We trace our beginnings to an 1879 oil discovery at Pico Canyon, north of Los Angeles, which led to the formation of the Pacific Coast Oil Co. That company later became Standard Oil Co. of California and, subsequently, Chevron. We took on the name Chevron when we acquired Gulf Oil Corp. in 1984, nearly doubling our worldwide proved oil and gas reserves. Our merger with Gulf was at that time the largest in U.S. history. Another major branch of the family tree is The Texas Fuel Company, formed in Beaumont, Texas, in 1901. It later became known as The Texas Company and eventually Texaco. In 2001, our two companies merged. The acquisition of Unocal Corporation in 2005 strengthened Chevron's position as an energy industry leader, increasing our crude oil and natural gas assets around the world.
Global Scope - Our diverse and highly skilled global workforce consists of approximately 58,000 employees and about 4,000 service station employees. In 2010, Chevron produced 2.763 million barrels of net oil-equivalent per day, 2 percent higher than in 2009. About 75 percent of that volume occurred outside the United States. Chevron had a global refining capacity of more than 2 million barrels of oil per day at the end of 2010. Our marketing network supports retail outlets on six continents. And we have invested in 13 power-generating facilities in the United States and Asia.
Technology and Emerging Energy - Technology is propelling our growth. We're focusing on technologies that improve our chances of finding, developing and producing crude oil and natural gas. We also are investing in the development of emerging energy technologies, such as finding better ways to make nonfood-based biofuels, integrating advanced solar technology into our operations and expanding our renewable energy resources.
Environment and Safety - As a company and as individuals, we take great pride in contributing to the communities where we live and work. We also care about the environment and are proud of the many ways in which our employees work to safeguard it. Our persistent efforts to improve on our safe work environment continue to pay off. In 2010, Chevron achieved our safest year ever, setting new safety records in the days-away-from-work performance in both Upstream and Downstream operations.
Our Work - We recognize that the world needs all the energy we can develop, in every potential form. That's why our employees work daily to find newer, cleaner ways to power the world.”