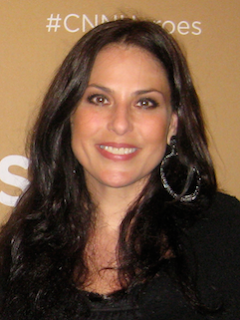 “Julie Anne Rhodes, nicknamed Jewels, is a mother, former top model and actress, food activist, and ex pop star wife. Today, Julie Anne owns The Roving Stove® Personal Chef Service in Los Angeles. Recognizing that the skills she’d developed cooking for busy celebrities could benefit everyone, Julie Anne created The Personal Chef Approach™ (PCA™) in 2011. Born in Des Moines, Iowa, Julie Anne attended schools in both Boston and New Orleans before moving to Los Angeles, where she began a 15-year international modeling career. During that time, she was photographed by some of the world’s greatest fashion photographers, including Norman Parkinson, Matthew Rolston, Peter Beard, and Albert Watson. She appeared in magazines such as W, Elle, British Vogue, and Interview. At a yacht party in Long Beach, she met her future husband, Nick Rhodes of Duran Duran, and the couple moved to London in 1982. Years of touring with Duran Duran while pursuing a modeling career introduced Julie Anne to a variety of recipes and cooking techniques from around the world. The couple’s love for entertaining gave her further opportunity to hone her skills among their food-savvy friends. When their daughter, Tatjana, was born, Julie Anne became increasingly interested in healthy eating. She became a founding member of England’s Parents for Safe Foods, a group of concerned, high-profile mothers who put pressure on the government to implement safer food production and better labeling. When the group’s book, The Safe Food Handbook, was published in May 1990, she contributed to the introduction. During the same period, Julie Anne starred in a fringe production of the play, “Breakfast, Lunch, and Dinner.” After Fergie, the Duchess of York, attended the show twice during its opening week, the play gained international attention. Soon thereafter, Julie Anne received acclaim for her burgeoning acting career, which began with a small role in the film Une Femme Ou Deux, starring Gerard Depardieu. After her divorce from Nick Rhodes, Julie Anne moved back to Los Angeles where she continued working as an actress and hosting dinner parties for her friends. To her delight, not only was her food praised but friends encouraged her to pursue a cooking career. The timing was fortuitous. L.A. had become an important culinary destination where there was always an abundance of fresh, local ingredients. With purpose and planning, Julie Anne launched The Roving Stove® personal chef service in September 2002. Her business took off immediately, with Julie Anne planning and preparing weekly meals for a full roster of clients ranging from busy families to A-list actors, athletes, and musicians. She’s been awarded a Golden Whisk Award for “Best Newbie Personal Chef,” the Personal Chef’s Network Pacesetter Award, and earned the title of “Best Poultry Burger in America” on Food Network’s Ultimate Recipe Showdown (a recipe that’s earned more five-star reviews than any other in the entire series). “Jewels” has been taking her blog followers from “VIP entrances in Versace to service entrances in her apron,” for several years now.  Jewels’ from The Roving Stove was recognized in the Blogger’s Choice Awards as being a “Top 10 Food” and “Top 10 Entertainment” blog in 2010, one of Blogcatalog’s “Top 10 Food Blogs” in 2011, and she was nominated by her peers for a “Stylish Blogger” award. Julie Anne has also written for The Collective Review, Keith Haring Foundation, Focus on Style and The Daily Basics. Recently, she’s appeared on The Cooking Channel’s “Food(ography)” and “The Lost Chronicles of Food,” as well as several episodes of “Community Cooking in Torrance.” Some of her most-requested dishes include: Mama’s Artichoke Lasagna, Cashew-Crusted Halibut, Jewels’ Cocoa Magic Grilled N.Y. Strips with Roasted Butternut Squash and Pear Mash, Apricot Lamb Chops with Apricot-Almond Couscous—and, of course, Jewels’ Turkey-Jasmine Burger.
Julie Anne actively raises funds for the Children’s Hunger Relief Fund with 100% of the proceeds benefitting Save the Children. She is a member of the British Academy of Film & Television Arts LA and the Personal Chef’s Cooperative. She has also participated in both AIDS WALK LA and the Crohn’s & Colitis Association of America’s Guts & Glory Walk/Run.”