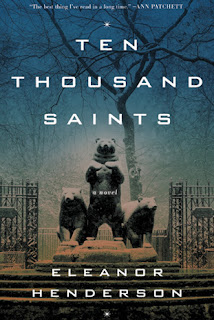 “Adopted by a pair of diehard hippies, restless, marginal Jude Keffy-Horn spends much of his youth getting high with his best friend, Teddy, in their bucolic and deeply numbing Vermont town. But when Teddy dies of an overdose on the last day of 1987, Jude's relationship with drugs and with his parents devolves to new extremes. Sent to live with his pot-dealing father in New York City's East Village, Jude stumbles upon straight edge, an underground youth culture powered by the paradoxical aggression of hardcore punk and a righteous intolerance for drugs, meat, and sex. With Teddy's half brother, Johnny, and their new friend, Eliza, Jude tries to honor Teddy's memory through his militantly clean lifestyle. But his addiction to straight edge has its own dangerous consequences. While these teenagers battle to discover themselves, their parents struggle with this new generation's radical reinterpretation of sex, drugs, and rock 'n' roll and their grown-up awareness of nature and nurture, brotherhood and loss. Moving back and forth between Vermont and New York City, Ten Thousand Saints is an emphatically observed story of a frayed tangle of family members brought painfully together by a death, then carried along in anticipation of a new and unexpected life. With empathy and masterful skill, Eleanor Henderson has conjured a rich portrait of the modern age and the struggles that unite and divide generations.”