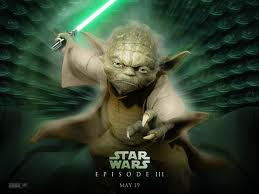 “This blog was founded in May 2004 to cover everything from Mac OS X to movies and beyond! However, it wouldn't be until the summer of 2007 that it was christened Generation Star Wars; in my mother's memory; I remembered a comment made by my former A-Level Sociology tutor; it was the 30th anniversary of Star Wars.
About the author - John Hood has a BA (Hons) in Media Production from the Media School of Bournemouth University and was featured in the Alumni Association magazine, The Talbot, a Media Careers special. An early childhood fascination with media production began when John's parents took him to see Star Wars in 1977. Shortly afterwards John was bought an Hitachi portable tape recorder as a Christmas gift... As part of an Exeter College/BBC Radio Devon partnership, John co-wrote and produced several documentaries. These were broadcast as part of teenage magazine show "90 MPH"!
After graduating from Bournemouth University, in June 1996, John worked for the BBC, Thomson Reuters and Dow Jones in various capacities. In 1998 John started developing original content (in mixed media) for internet distribution. The ability to work cross-platform, and conceptualise, and apply that thinking to print, broadcast or interactive content is key to successful multimedia practitioners! Successfully battled for justice on behalf of his late mother. John's legal action culminated in an out of court settlement with the RD&E NHS Foundation Trust Hospital, which was reported in the national press. The Chief Executive apologised for any deficiencies in his mother's care! Donations, made to Lucerne House Care Centre, in memory of John's mother, have been used to fund equipment for the computer room on Alphinbrook Unit! In view of his computer expertise, John was able to provide input, with the General Manager’s support, on suggested computer peripherals to provide assistive technology for residents. John was interviewed in BMW Magazine Autumn/Winter 2011 regarding his 1 Series Coupé M Sport. His artwork, photographs and blog posts are featured on Saatchi Online, Thomson Reuters, Nielsen, Chicago Sun-Times, TV Guide and USA Today websites.