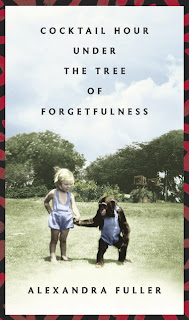 “In Cocktail Hour Under the Tree of Forgetfulness Alexandra Fuller braids a multilayered narrative around the perfectly lit, Happy Valley-era Africa of her mother's childhood; the boiled cabbage grimness of her father's English childhood; and the darker, civil war- torn Africa of her own childhood. At its heart, this is the story of Fuller's mother, Nicola. Born on the Scottish Isle of Skye and raised in Kenya, Nicola holds dear the kinds of values most likely to get you hurt or killed in Africa: loyalty to blood, passion for land, and a holy belief in the restorative power of all animals. Fuller interviewed her mother at length and has captured her inimitable voice with remarkable precision. Cocktail Hour Under the Tree of Forgetfulness is as funny, terrifying, exotic, and unselfconscious as Nicola herself. We see Nicola and Tim Fuller in their lavender-colored honeymoon period, when east Africa lies before them with all the promise of its liquid equatorial light, even as the British empire in which they both believe wanes. But in short order, an accumulation of mishaps and tragedies bump up against history until the couple finds themselves in a world they hardly recognize. We follow the Fullers as they hopscotch the continent, running from war and unspeakable heartbreak, from Kenya to Rhodesia to Zambia, even returning to England briefly. But just when it seems that Nicola has been broken entirely by Africa, it is the African earth itself that revives her. A story of survival and madness, love and war, loyalty and forgiveness, Cocktail Hour Under the Tree of Forgetfulness is an intimate exploration of the author's family. In the end we find Nicola and Tim at a coffee table under their Tree of Forgetfulness on the banana and fish farm where they plan to spend their final days. In local custom, the Tree of Forgetfulness is where villagers meet to resolve disputes and it is here that the Fullers at last find an African kind of peace. Following the ghosts and dreams of memory, Cocktail Hour Under the Tree of Forgetfulness is Alexandra Fuller at her very best.”
a gennaio 17, 2012 Nessun commento: