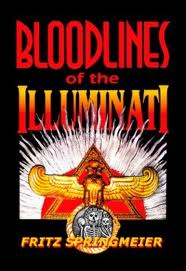 “The latest edition of Bloodlines of the Illuminati... Direct from the Distrubutor xxx You've seen pieces of the puzzle, but still you wonder... Bloodlines of the Illuminati is a unique historical genealogical who's-doing-it book, rich in detail, providing a devastating exposÃ© of the people and families who are THE movers and shakers of the United States and the entire world. You will recognize some of the names instantly. Many names have been purposely hidden from mainstream view. From international finance to war, presidents and dictators alike pay heed to these people. "Influence" doesn't even come close to describing their power. They have plans for you. Who are they? Author, Fritz Springmeier provides a wealth of material and inside information based on eyewitnesses. His outstanding research provides facts that are not available elsewhere. When you finish reading this book, the pieces of the puzzle will fall into place and you'll see the fascinating big picture. You will know who actually runs the New World Order conspiracy, and who is in the Illuminati. You may discover for yourself why Bloodlines of the Illuminati was a bestseller in Japan, a nation which thrives on detail. IF YOU ENJOYED THE PREVIOUS EDITION OF BLOODLINES, YOU'LL LOVE THE NEW EDITION EVEN MORE... completely revised, the new "Bloodlines of the Illuminati" has more info and better photos. The 3rd Edition's large print size (7" X 10") makes for easier reading. * Hot new information exposing Wolf Head (a group similar to Skull & Bones). * New genealogy charts, one shows how 25 Presidents are related, another how Prince Charles is related to Count Dracula. * More information on all the bloodlines.”
a maggio 31, 2012 Nessun commento: 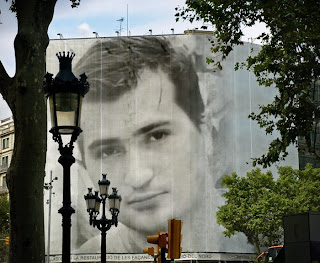 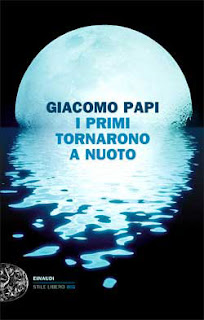 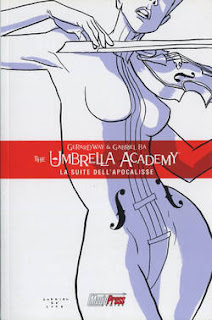 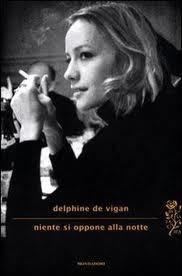 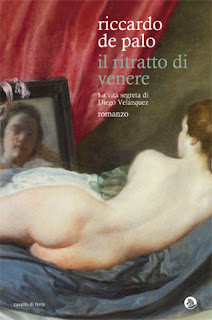 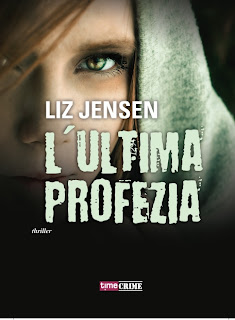 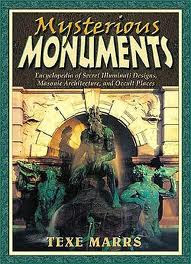 “A sinister and curious Architectural Colossus is exploding across every continent on earth. The United States of America is at the heart of this incredible surge. Monuments, statues, and buildings are being created everywhere with evil intent and magical purpose. Designed by visionary illuminist architects and based on knowledge of the occult wisdom, Masonic geometry and sacred numerology, this Architectural Colossus can be traced back to the antiquities of Mystery Babylon. Its secrets, once unlocked, point to an amazing and frightening future destiny for you, me, and the entire world. The builders of this strange architecture comprise an elite cryptocracy--a veritable who's who of the world's rich and famous. Are the mysterious monuments these men are building part of a Grand Design? Is there, in fact, a Master Plan to seduce men's minds and catapult humanity into a New Order of the Ages?”
a maggio 30, 2012 Nessun commento:


Def Jam Artist: Bobby Washington
r&b Bobby Washington Music Video {Proud You're My Lady}
Download Bobby's New Love Making Album "NUDE" AKA "Night Until Dawn Exclusively" At http://tinyurl.com/NUDEAlbum
Also on Itunes: http://itunes.apple.com/us/album/back-it-up-single/id520181740
r&b Artist Bobby Washington is heating up the ladies
With His Sexy Smooth r&b sounds.
https://market.android.com/details?id=album-Bwswzprhholgcwviazk65wfdvce&f...
Best R&B Songs of the 2000's
top 5 r&b love songs
Best R&B Songs
Quiet Storm
Oldschool RnB for the lovers
nice love song
Download Bobby Washington Music At http://bobbywashington.bandcamp.com
For Booking: Please Call 305-741-2382
Bobby Washington Is A Talented SInger, Producer, Writer, Engineer, Actor, Film Director and Online Marketer. I guess You can Say He's A Man With Many Gifts. The Great Thin About Bobby, Is That He Is A Down To Earth Type Of Guy. To Know Him Is To Love Him. Bobby Always Puts God First In All That He Does. Join Bobby's Email List & Get His New Hit Single Emailed.
http://bobbywashington.fanbridge.com/
a maggio 30, 2012 Nessun commento: 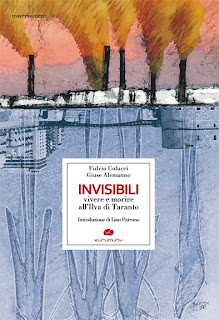 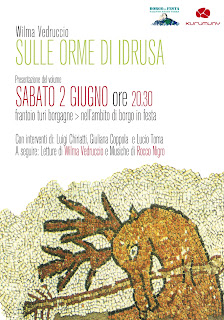 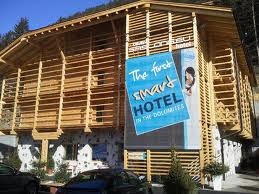 “Welcome to the new SASLONG SMART HOTEL in Santa Cristina, in the heart of Val Gardena and the Dolomites. Here, based on the saying "Great vacations at Smart prices", you'll find style and atmosphere, trendy Italian design, cordial South Tyrolean hospitality, lots of amenities and…incredibly good prices! Our hotel is the perfect place to spend a delightful vacation in the Dolomites, as well as for brief stays, group or business trips. Set out to discover the surrounding scenic wonderland or after successfully completing your business trip enjoy utter relaxation at the SASLONG SMART HOTEL. You'll feel right at home the moment you get here and totally enjoy every minute of your vacation!” 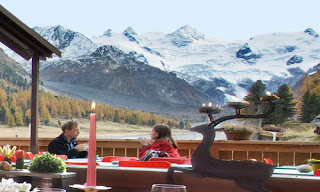 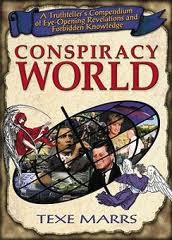 “Conspiracies are very real. Here is proof that the world is more strange and far more evil and dangerous than you and I can even imagine." For over two decades researcher and author Texe Marrs has investigated true history and real news. In Conspiracy World you get some of the best of his findings and results. What you read in these pages may well surprise, shock, and anger you. In some cases, discovering the hard, cold facts might even frighten you out of your wits. This is not the politically correct, tainted and flawed "news" stuff you typically read in your newspapers or view on controlled media TV programs - CBS, ABC, NBC, Fox, etc. What Texe Marrs has done is rip off the veneer. Tearing away the pretense and dismissing the Orwellian doublespeak of mainstream politicians and educators, he tells readers exactly what really happened, he examines what is going on now at this moment that seriously affects your life, and more important, he reveals tomorrow's news today! His track record for predictive events is breathtakingly on-target. In this stunning and fascinating huge volume, you will learn of things secret, and things forbidden about government coverups and scandals, of Big Brother's fast-growth police state, the truth about the Illuminati and secret societies, mind-boggling disclosures concerning UFOs, aliens, and extraterrestrials, the inside scoop on dangerous cults and unholy, wicked religions, the scary true story of mind control, satanism, and black science, the facts about the elitists' goal of depopulation of planet earth, and about actual plans for 21st century concentration camps in the U.S.A. You'll also discover evidence exposing the power elite of global banking cartels who have greedy designs on your wallet. Read and be amazed. Then, tell others what you have discovered. Help spread the truth before it's too late before more minds become numbed from poison vaccine administered by a faceless bureaucrat, or perhaps, we all end up locked away somewhere in a remote gulag prison cell. And remember the whole planet is literally brimming with unheralded secrets. That's not conspiracy theory. It's undeniable, eye-opening history, and it is irresistible, unvarnished truth. What we have here is nothing less than Conspiracy World.”
a maggio 29, 2012 Nessun commento: 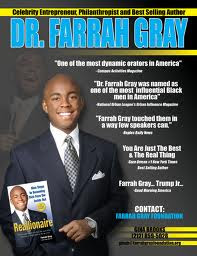 Crescere a Londra solo con la mamma è un conto, ma andarci insieme in vacanza è un’altro. Sentire che hai tanto da dire ma nessuno ha tempo di ascoltare. Così è l’adolescenza, mi dicono tutti. Qualche volta si vince qualche altra si perde. Per una volta almeno...ho vinto io.
Growing up in London with just mum is one thing, but going on holiday is another. Feeling like you have so much to say but no one has time to listen. Well that’s the teenage years, so they tell me. Some you win some you lose. For once just once I was a winner…
a maggio 29, 2012 Nessun commento: 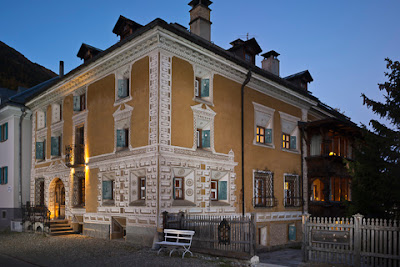 “We are located in Bever, a village where time seems to have stood still for a hundred years. The Chesa Salis (built in 1590) was originally a farm house; it consisted of two main buildings, the living area and stables with a hay loft. The owners were the Moeli, wealthy merchants who had immigrated to Bergamo and were happy to spend many a summer here. The house was sold to Rudolf von Salis in 1877, an offspring of one of the most important families in the Engadin and Bergells region. As the “Power of Dynasty” was in its final bloom, Rudolf von Salis gave the contract to Nikolaus Hartmann, a Swiss German architect who lived in Engadin to rebuild the property into a fine house fit for the lord of the manor. Hartmann married the two existing buildings together utilising the then prevailing eclecticism creating a harmonious composition. The exterior he refined using small plates of wood overlapping each other. The plaster façade was embossed with amultitude of architectural artistic graffiti etchings, framing the windows and door arches and feigning rectangular walls. This showed the influence of such diverse architects as Biagio Rossetti and the architects Schinkel and Semper. He applied much care and attention to details, for example the iron smith’s work. The interior design also does not lack in surprises. Each room and apartment is painted, then trimmed with pinewood or stucco ornaments - none the same as the other.The careful reconstruction in the autumn of 2003 is proof of how magnificent arts and crafts and modern installations – old and new – can be balanced harmoniously with each other.”

Protocols of the Learned Elders of Zion. Translated from Russian Text by Victor Marsden and Foreword by Texe Marrs (RiverCrest Publishing) 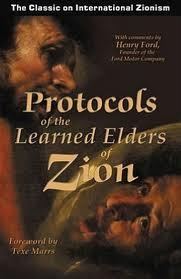 “When the Protocols of the Learned Elders of Zion were first discovered, Freemasons and Zionist Jews everywhere screamed and complained that these 24 Protocols are a hoax, a forgery, even a blood taint against the Jews. But then came the brutal and barbaric Communist Bolshevik Revolution in Russia and its captive republics, led by covert Masonic Jews Lenin, Trotsky, Kaganovich, and others. The cruel and sinister crimes of the crypto-Jew revolutionaries seemed to have jumped off the pages of the Protocols. The Red Terror, with its torturous massacres of innocent people, its monstrous gulag concentration camps, and the setting up of a Jewish dictatorship, also followed the agenda of the Protocols as did the persecution everywhere of Christians and churches. The entire world witnessed horrors that were a direct result of the heinous prescriptions laid out earlier in the Protocols. Find out how the Protocols are still being worked in our day and how our freedoms, even our very lives, are in jeopardy.”
a maggio 28, 2012 Nessun commento: 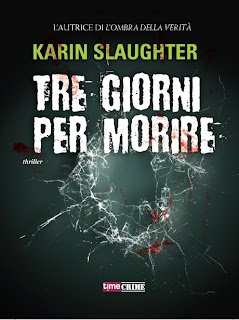